“White Noise” was long considered an unadaptable book and Noah Baumbach may not have been the obvious choice to take on the task, but when Baumbach reread the book following his Academy nominated Marriage Story, he found a relatable entry point, “The story is about a culture that is saturated by media,” Baumbach said. “Movies and entertainment being a big part of that. I felt like there could be a cinematic language we’re all familiar with that I could use to tell this story.”

A recent New York Times profile details how he found solace in the DeLillo novel, and how he turned it into a film that speaks to modern fears and anxieties:

Baumbach, like DeLillo, is an obsessive stylist, though his style is naturalism. He is known for writing and directing deeply personal films in which the stories that characters depend on to understand their lives turn tenuous or unravel. (His movies include “Kicking and Screaming,” “Frances Ha,” “The Meyerowitz Stories” and his breakout movie in 2005, “The Squid and the Whale.”) A persistent note-taker, Baumbach regularly lifts anecdotes or lines of dialogue straight from life and reworks everything else until it sounds like he might have done so. Alan Alda, who played a memorably low-rent divorce lawyer in “Marriage Story,” recalled Baumbach pulling him aside during a scene in an opposing lawyer’s fancy conference room and saying, “Maybe it would be good if you walk over there by the table where the coffee and the doughnuts and muffins are and pick at the crumbs.” It was a tiny but meaningful discovery about his character, Alda said. “A movie is made up of little moments like that, and the more they seem like reality, growing like crab grass in a lawn and spreading chaotically, the more they give a sense of reality to the entire film.”

“White Noise” reminded Baumbach of a different kind of movie, though, the kind he loved as a teenager and imagined he would make when he started out — films by David Lynch, the Coen brothers or Spike Lee, which unfold in their own “elevated reality,” as Baumbach calls it. Their crab grass is just as closely packed and carefully cultivated but slightly unreal: a mutant strain.

As Baumbach reread the book in fits and starts on the road that winter, he underlined energetically. He frequently read passages to Gerwig aloud. He couldn’t stop fantasizing about how great it would be to one day make something like “White Noise”: “Not this,” he said, “but something like it.” But it wasn’t until the following month, back home in Manhattan, that Baumbach managed to finish the novel and take it all in. A short time later, he and Gerwig celebrated their son Harold’s first birthday with Baumbach’s mother and stepfather. No one wanted to cancel, but everyone seemed to feel it would be reckless to hug. It was mid-March 2020. After the birthday party, Baumbach would barely leave his apartment for eight weeks. Baumbach also speaks about recognition of his own upbringing in the novel, citing his experience of the era in which it is set:

Everything that Baumbach loved about the novel — not just the headiness of its language but also the density of its ideas, the archness and unreality of its world — had given “White Noise” a reputation in Hollywood as unadaptable. But to Baumbach, the core of the book always felt vivid and real. He was 15 when “White Noise” came out in 1985. His childhood was shaped by the same forces of consumerism and mass entertainment that DeLillo was writing about. He was also the son of Park Slope writers and intellectuals and recognized the Gladney household as a lot like his own. But it also reminded him of his friend’s, in a brownstone one block over, which was everything the Baumbach household wasn’t — which had sugar cereals and Stouffer’s French-bread pizza instead of whole-wheat bread and bruised fruit; copies of The New York Post slung over the arm of the sofa, instead of The New Yorker; and a television that was always on.

The New York Times review of the novel from 1985 echoes this aspect of DeLillo’s storytelling, which emphasizes humdrum and consumerism as distinct motifs:

”White Noise” finds its greatest distinction in its understanding and perception of America’s soundtrack. White noise includes the ever-present sound of expressway traffic, ”a remote and steady murmur around our sleep, as of dead souls babbling at the edge of a dream.” Television is ”the primal force in the American home, sealed-off, self-contained, self-referring . . . a wealth of data concealed in the grid, in the bright packaging, the jingles, the slice-of-life commercials, the products hurtling out of darkness, the coded messages . . . like chants. . . . Coke is it, Coke is it, Coke is it.” Television, Murray Siskind asserts, ”practically overflows with sacred formulas.” White noise includes the bold print of tabloids, those amalgams of American magic and dread, with their comforting ”mechanism of offering a hopeful twist to apocalyptic events.” Fast food and quad cinemas contribute to the melody, as do automated teller machines. Nowhere is Mr. DeLillo’s take on the endlessly distorted, religious underside of American consumerism better illustrated than in the passage on supermarkets. In the closing remarks of the review, DeLillo is quoted speaking to his intentions for the novel, which perhaps resonates more poignantly with Baumbach’s usual film subjects:

Despite the shadow of Hitler and the topical issue of disastrous toxic leaks, Mr. DeLillo says his novel is about prosaic events – the anxieties and mysteries that infuse daily life. ”I never set out to write an apocalyptic novel. It’s about death on the individual level. Only Hitler is large enough and terrible enough to absorb and neutralize Jack Gladney’s obsessive fear of dying – a very common fear, but one that’s rarely talked about. Jack uses Hitler as a protective device; he wants to grasp anything he can.” The conjunction of the apocalyptic and the ordinary may be most evident in the character of Murray J. Siskind, who, Mr. De Lillo says, finds the supermarket ”very rich in magic and dread; it’s a kind of church. Perhaps the supermarket tabloids are the richest material of all, closest to the spirit of the book. They ask profoundly important questions about death, the afterlife, God, worlds and space, yet they exist in an almost Pop Art atmosphere.”

The interview with Baumbach also speaks to DeLillo’s attention to every day life:

Speaking to Rolling Stone in 1988, DeLillo described his book as fixing attention on “the importance of daily life and of ordinary moments.” Like his characters, who can’t help scrabbling for specks of the sacred in everything they observe, “I tried to find a kind of radiance in dailiness,” he said. “This extraordinary wonder of things is somehow related to the extraordinary dread.” That’s what Baumbach seems to be celebrating in the dance sequence, what propels everyone’s bodies through the supermarket, what makes their faces glow: the radiance of dailiness, the extraordinary wonder of things that is somehow related to extraordinary dread. 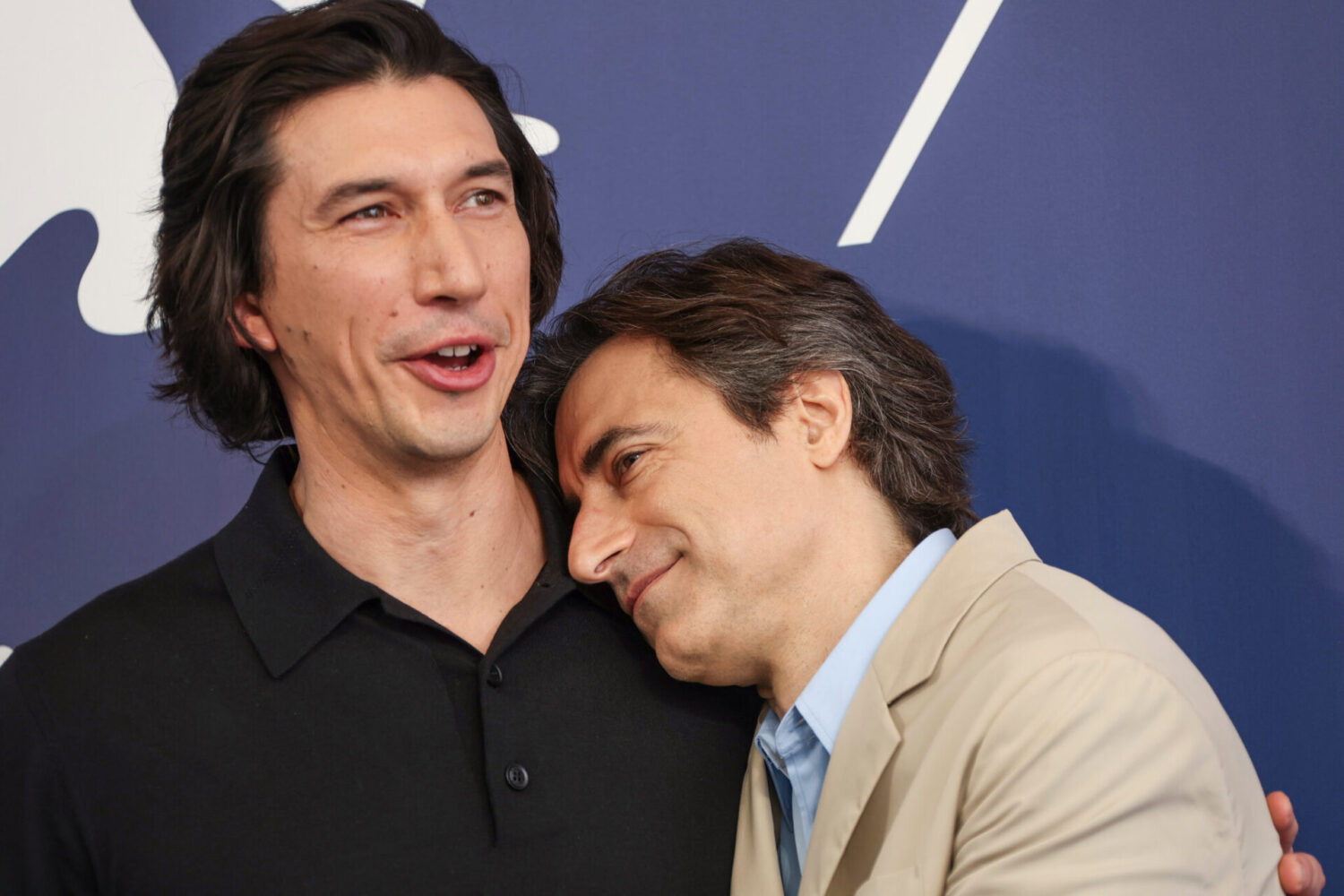