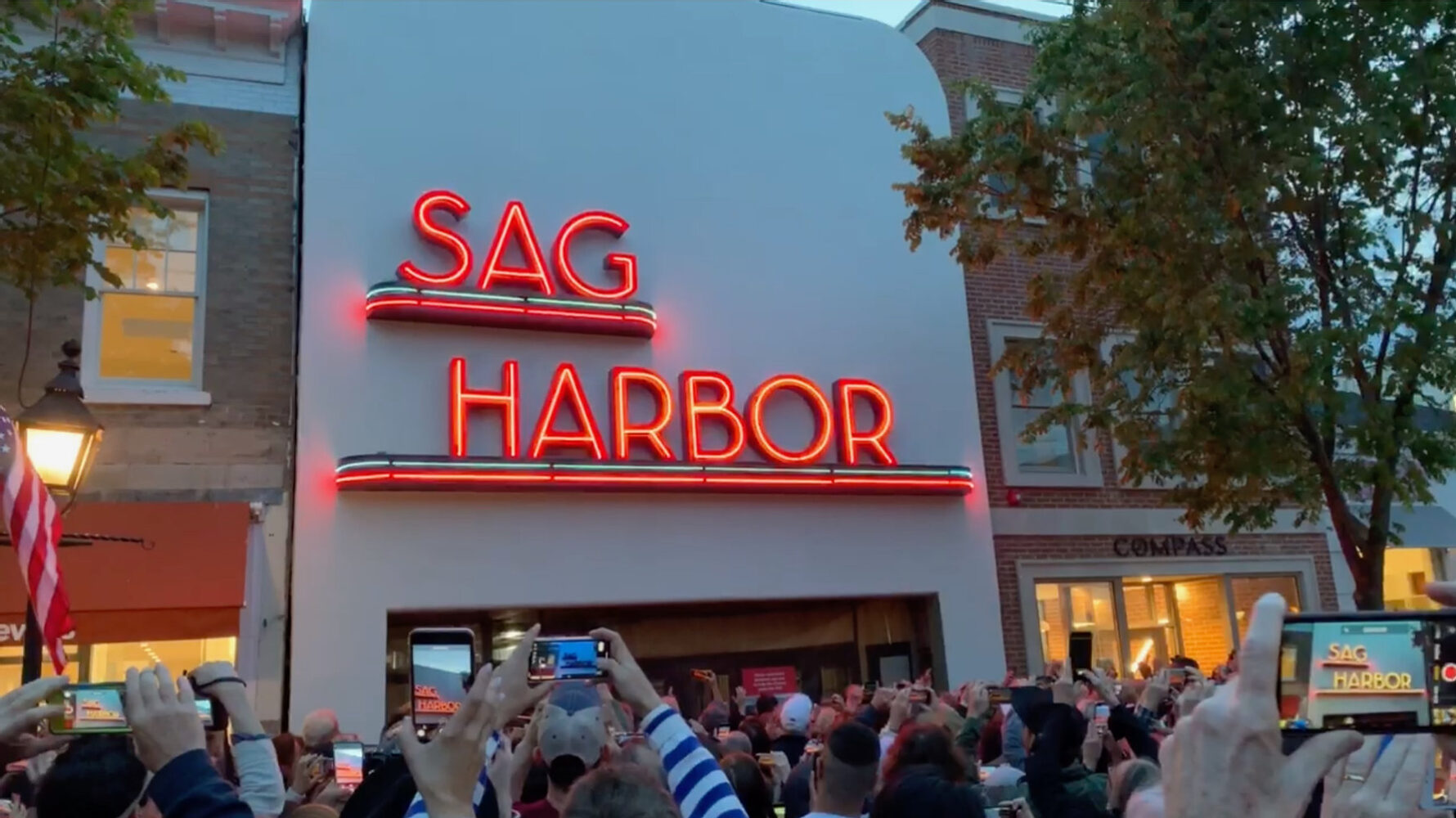 Designed by John Eberson, one of the great designers of “atmospheric” theaters, our classic Art Deco neon sign has beckoned moviegoers since the 1930s. The sign was removed but then rebuilt and replaced by the heroic efforts of a group of citizens who had it reconstructed, and its second removal was in the wake of the terrible fire that almost destroyed the entire Cinema is December, 2016, Again, generous and heroic efforts on the part of concerned citizens saved it after the façade of the Cinema had to be removed. The story of the sign follows, below, in a pictorial salute.

Below is a detail from John Eberson’s original drawings for the Cinema dated March 19, 1936. There are even specifications for the color and position of the neon, and more of these plans can be seen in Sag Harbor: 100 Years of Film in the Village by Annette Hinkle, published by East End Press.​ 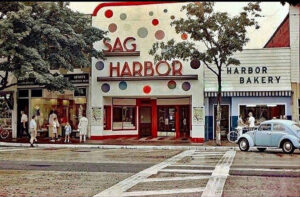 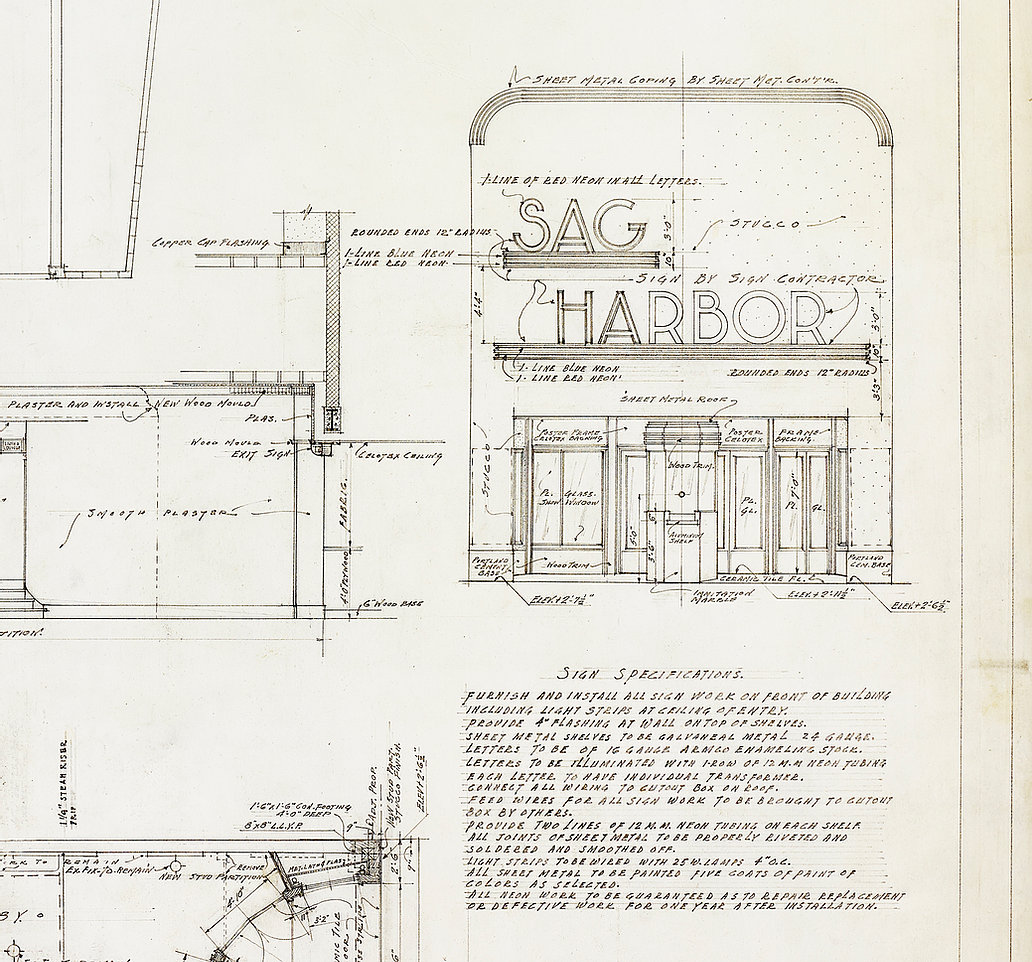 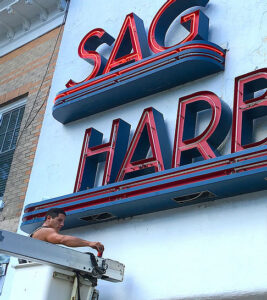 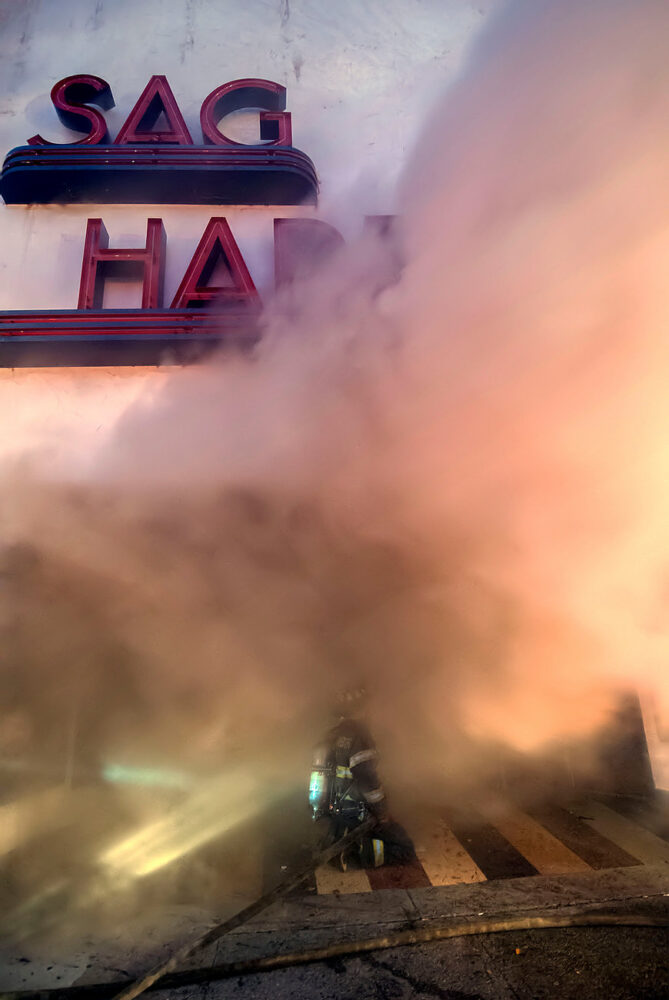 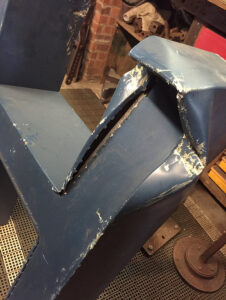 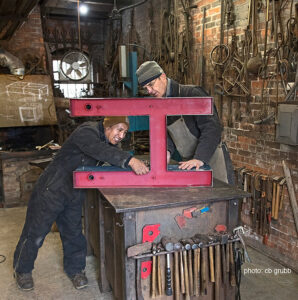 The state of the “H” immediately after it was rescued by bulldozer after the collapsing of the façade. .John Battle and his assistant Franklin helped to restore the “H” before being sent to Clayton Orehek for neon work. 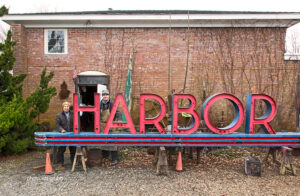 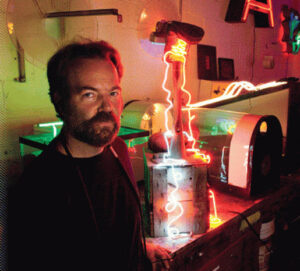 In one of the great celebratory moments of last year, at our Big Tent Party for the Cinema, the sign made its reappearance on Twin Forks Moving and Storage’s flatbed truck, and immediately became the selfie hit of the party. Everyone had to have their photo taken with the sign, and “SAG” was lit up in its neon glory. “Harbor” was displayed on the other side of the truck with a sign saying it needed a little more love to light up again in its former glory. 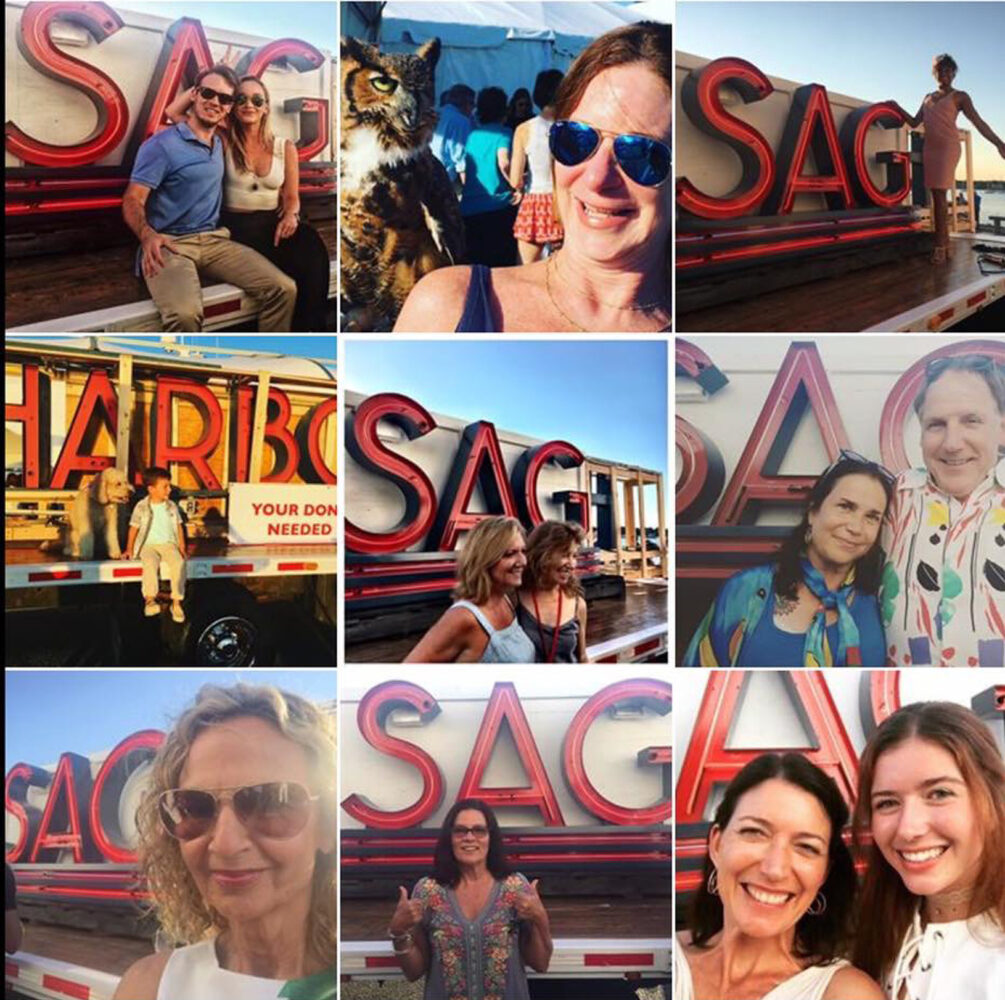